With a detox of all pop culture, I am no longer knowing who celebrities are.  Living in Far North Queensland, you get allot of Celebrity tourists, but no one cares.  I have not picked up a junk magazine since early November in 2012 and gee the world is allot more interesting knowing what my friends are doing.  Although Facebook and Twitter and learning how to stalk on Instagram is my new toy of choice.  Of course in between the school runs, and toilet training.  HHHmmm, we all know what that is like.
The notoriety of people I know at the track are the usual suspects and Kris Smith, I just had to ask him about this 'No Sock Trend', he said he has 80 pairs just sitting around at home, so I said, throw some my husband's way, he is always complaining he has no socks. (But maybe he is just on Trend???)
Lovely to catch up with Lauren Phillips who is always a delight and immaculately presented, but for most of them, I am most embarrassed to say, I did not know them, BUT!  They must be very Important!

The Important People were sitting close to the stage, from MKR, but they really had no idea about what the parade was about, and I don't even think they had been to the races before.  That's ok, we will get them onto 'Hard Luck Motty's Tips'.

Gotta Laugh!
I was heading to the 'Important People' table with camera in toe, and they were lipsticking up and getting ready to pose for a shot.  I felt a bit awful, but they were not wearing any hats, so I just sorted of said "Hello" and kept moving.  I was wanting to stalk my 'Millinery Rock Stars'!
The celebrities that had been photographed like I don't know what, were looking at Kim Fletcher, Serena Lindeman, Melissa Jackson and Lynette Lim like, what show are they from?

It is all paradigms and what is something to someone is not to another, I love food, but I love Hats More!  I had such a fabulous day at the Beautiful Girls Luncheon and I adore the ladies at my table.  Dagmar Yeaman, looked stunning in her Kimmy Fletcher hat, but what a fantastic event.
The fashions were fantastic, there was something for all shapes and sizes, with Myer and VRC really working the idea of what Fashion at the Races should be.  This was a huge success, I loved the catwalk, the food and hats, glamour and a good excuse to put on a fabulous hat, thanks to Mr Luke Song Millinery.  Heaps more photos to come on the site, but here is some snaps from the day. 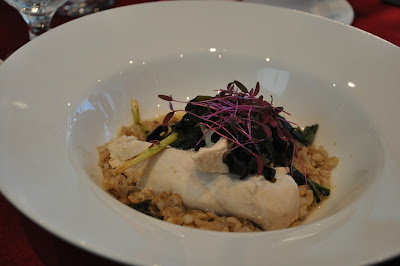 racingfashion
No Fixed Address, On The Move, Australia